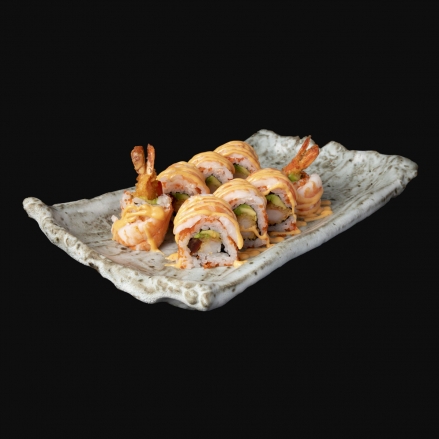 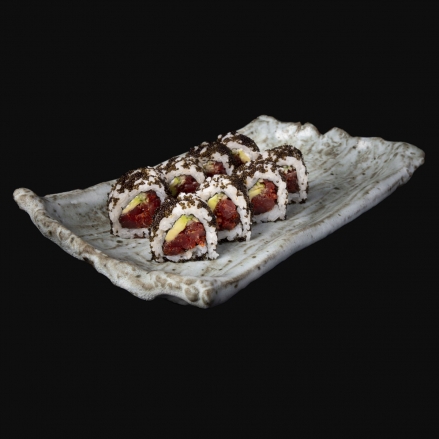 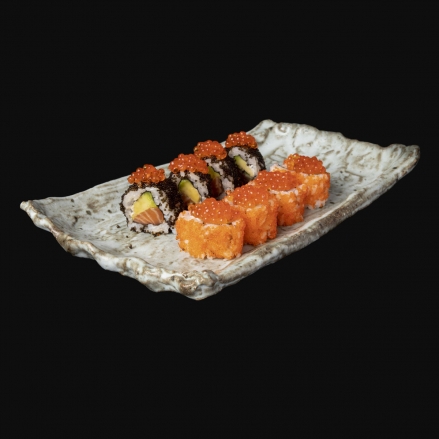 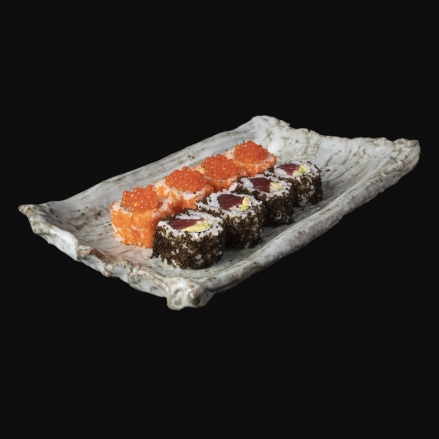 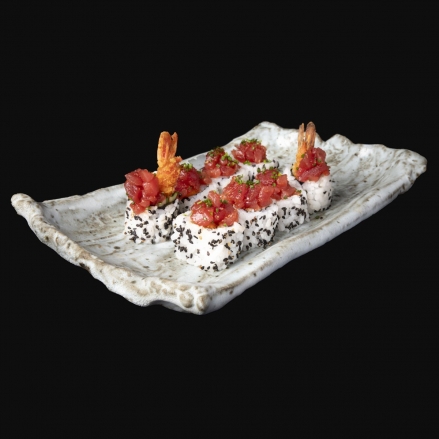 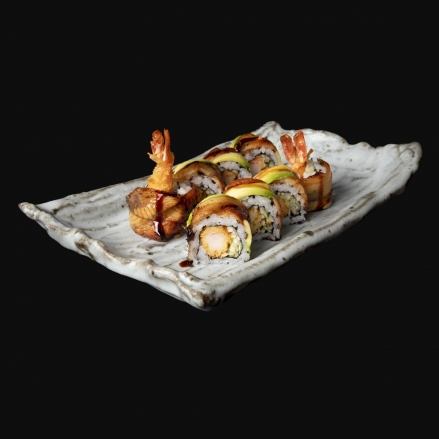 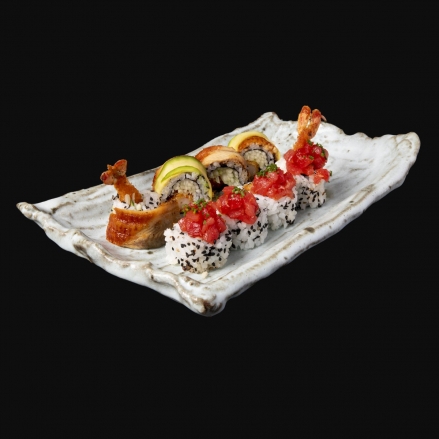 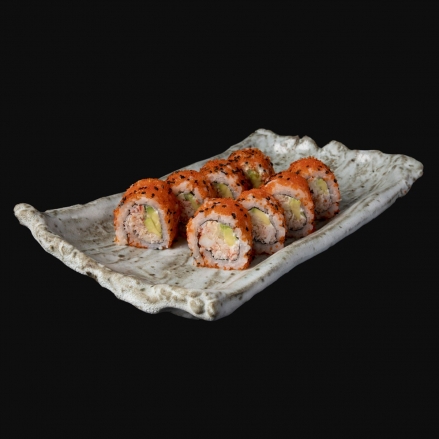 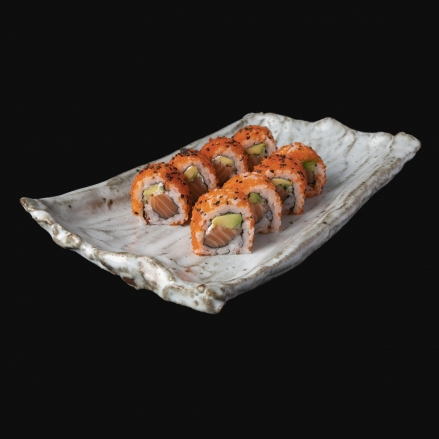 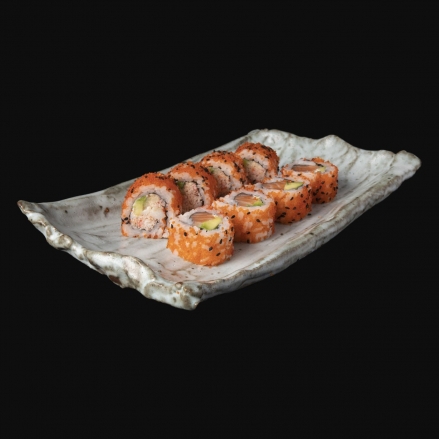 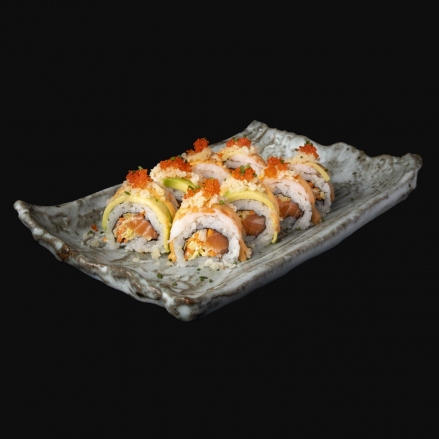 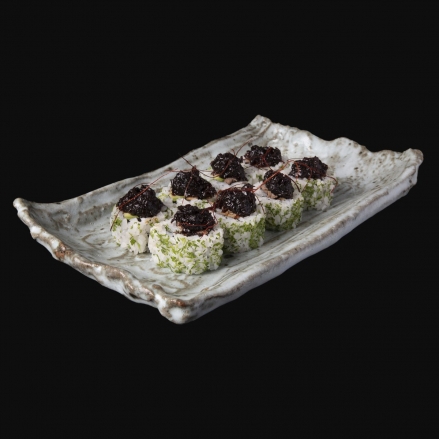 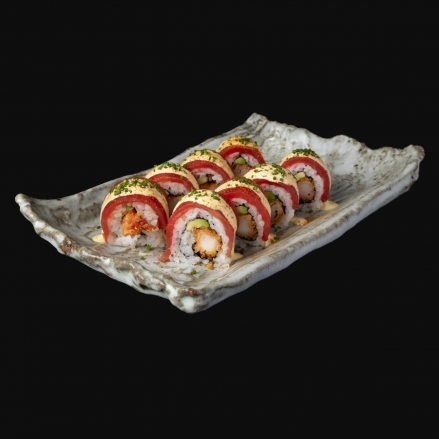 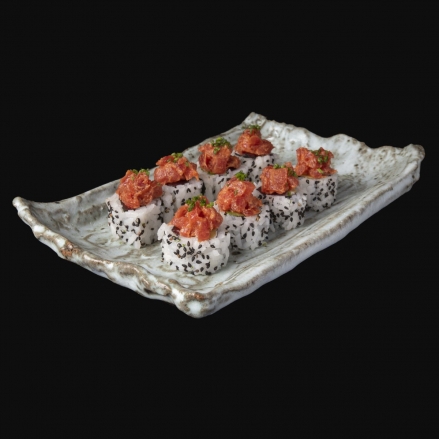 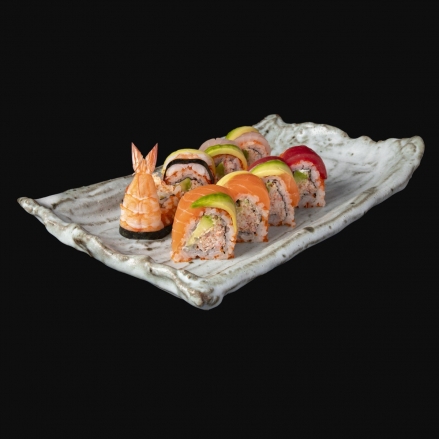 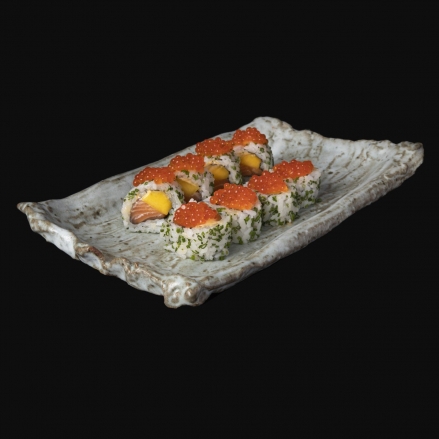 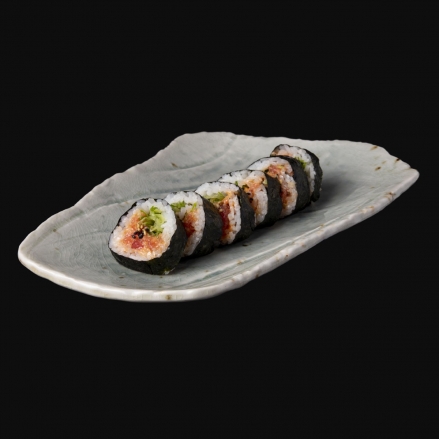 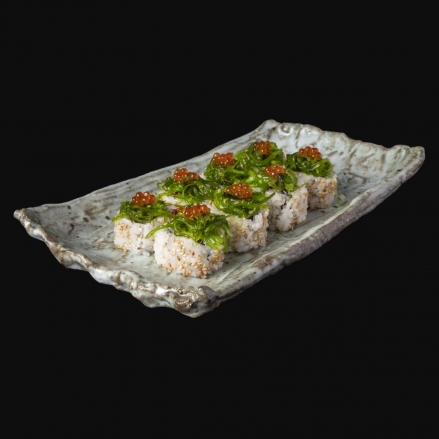 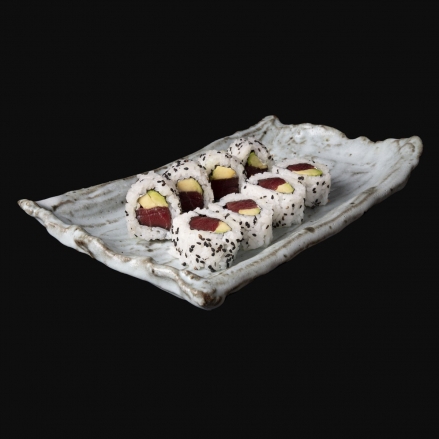 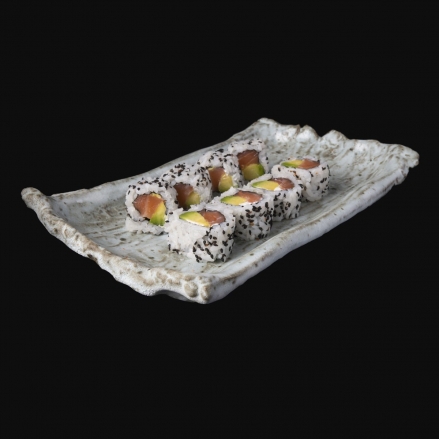 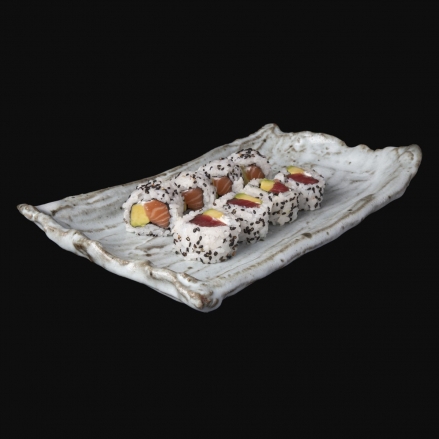 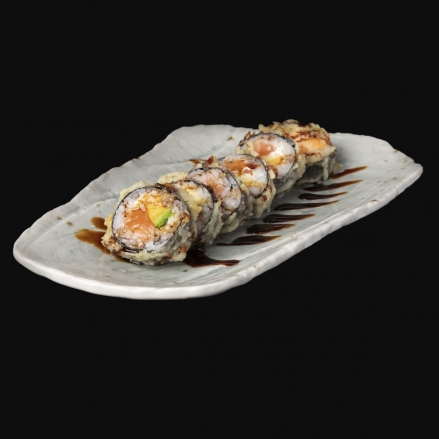 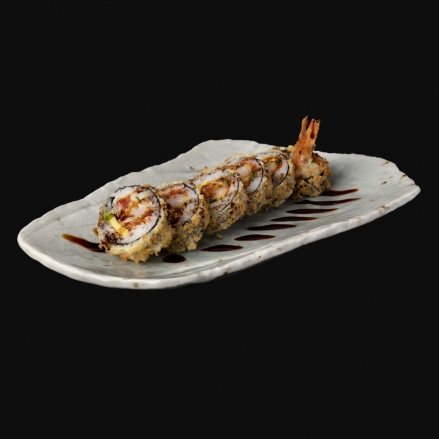 Uramaki Rolls, the maki that is prepared upside-down

The Uramaki Rolls, as the name suggests, are pieces of sushi upside down. These pieces are characterized by being the only one that has the rice on the outside, instead of the classic nori seaweed, which in this case remains inside the piece. This way of preparing it allows other ingredients to be added to the outside of the Uramaki Roll, such as roe, sesame seeds, fish slices or a sauce. This makes the uramaki more voluminous and gives you more filling options.

The Uramaki Roll is a great example of fusion food. Unlike other pieces of sushi, the birth of this variant took place in North America by Japanese residents in California. The success of California Uramaki in the United States soon spread very quickly to the rest of the world. Whether for its originality, its size or for the thousand varieties of fillings, this model of "upside down sushi" is the most popular in Western Japanese restaurants.

Uramaki Roll is also known as California roll. This name refers to its North American origin. Uramaki is a rebellious roll, as it follows a different rule in its preparation: from the inside out, that is to say. The outer covering is made of rice and the nori seaweed is inside. Unlike the rest of the sushi pieces, in Uramaki Rolls the rice envelops the rest of the ingredients. This is one of the reasons why the uramaki or california roll is considered an inverted sushi roll.

When and where was it created?

The Uramaki Roll became popular in California, USA, but soon conquered the stomachs of other Western countries. The idea of using rice as a wrapper was born because many people could not tolerate the texture of nori seaweed. California uramaki hid the particular texture of the seaweed that was so unpleasant to many people's palates.

It is indisputable that its presentation is one of the most colorful that we can find today. The most common is that the uramaki takes advantage of the consistency of the rice topping to add an addition of sesame seeds or fish roe such as tobiko. One of the best ingredients for uramaki or california roll is the famous avocado, it is the perfect combination or addition.

The best California rolls in Barcelona